To mark the release of his book, 'His Master's Voice - Sir Joseph Lockwood & Me' about the fascinating inside story of EMI who led the world in music, electronics and entertainment, Sir William Cavendish wrote this guest blog. 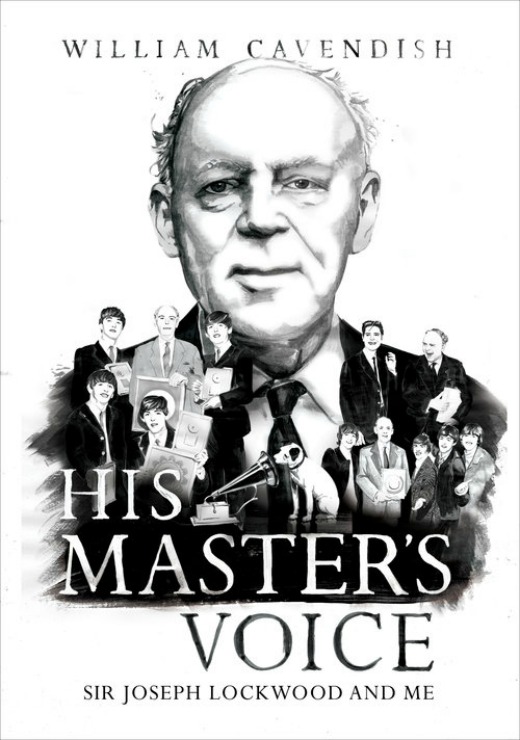 "He always replied “I like the ones that sell!” when asked which recordings were his favourites."

To mark the release of his book, 'His Master's Voice - Sir Joseph Lockwood & Me' about the fascinating inside story of EMI who led the world in music, electronics and entertainment, Sir William Cavendish wrote this guest blog.

"He always replied “I like the ones that sell!” when asked which recordings were his favourites."

When I joined Sir Joseph Lockwood in 1964, he had been the Chairman of Electric & Musical Industries (EMI) for a decade. This was the company created by the merger of The Gramophone Company (HMV) and Columbia Graphophone Companies in 1931.

He was reputed to be running the company single handed. He intended to remain Chairman for a further ten years. With me as his fifth Personal Assistant, he succeeded in this ambition. Previously he had four male P.A.s. “Surely not all at the same time?” a confused interviewer asked me recently.

I found him very much in control: “There is still so much to do”.
Finding the company in such a poor state had been a great shock. Every day he schemed to make the company profitable by cutting costs dramatically. It could so quickly slip back into extravagant ways. He claimed every one of his decisions made or saved the company his annual salary.

EMI Electronics gave him few worries. Contracts with the Ministry of Defence had a built-in cost-plus profit margin. But, the ever evolving music business needed constant watching. He decided to discontinue manufacture of gramophones (record players) and radiograms, licensing His Master's Voice and Marconiphone trademarks to Thorn Electric. He refused to concede Decca's reputation, based on John Culshaw's hugely prestigious Ring Cycle, for making better quality sound recordings than HMV, as justified.

He attacked the 55% purchase tax on records, suggesting the Chancellor of the Exchequer at least “remove classical recordings, defined by a list of chosen composers provided by the Arts Council. But Mr. Edward Lewis of Decca was very opposed and wanted a reduction on all records or nothing at all, and so we never really achieved any success until VAT was introduced and had the same rate for everything at a reasonable 10%”.

Despite his autocratic reputation, Sir Joe was confident enough to leave the company in the capable hands of executives, when travelling abroad for a month or more, visiting EMI's overseas subsidiaries in thirty countries.

That I would be travelling with him was intended as an inducement to work for him. Although overseas travel was not new to me, and I had already been to America, I must say that first trip to Capitol in 1964, following the Beatles' visit, was very exciting.

As he travelled so often, and did not believe in holidays, these trips, which were never less than stimulating, expected to suffice for me too.

Even when our office diary was full, we found time to “bunk off” and watch cases at the Old Bailey. He became “non-executive” for the last five years as EMI Chairman, and was able to take on a wide variety of activities in Government, Arts and Entertainment. He claimed to be too busy to accept Lord Weidenfeld's invitation to write his autobiography, despite the offer of a secretary and guaranteed publication. I hope I have made up for this.

Despite his prestige, Sir Joe claimed he would be forgotten within five years of retiring. He saw this happen to most top Industrialists, Company Chairmen, and even Bankers and Bakers (Sir Joe was a famous flour miller).

Years have gone by. We are in a new century. He has been relegated to a footnote in books relating to the history of pop music with provocative titles: “Black Vinyl White Powder”, “Cowboys and Indies”, “The Great British Dream Factory”.

Sir Joe, “The King of Pop”, who was reputed to make pop music respectable in the 1950s, is now remembered for the advice he gave to John Lennon and Yoko Ono in 1968. They brought their sleeve design for the “Two Virgins” album to the office. He was unimpressed with their nude photograph. He suggested replacing a naked full frontal John Lennon with a naked Paul McCartney. After all LPs are made in order to sell as many copies as possible, he said.

He always replied “I like the ones that sell!” when asked which recordings were his favourites.