One of our member labels, Last Night From Glasgow, are here to tell us a bit more about what they do and how they do it differently.

Ian Smith is a founding director of Last Night From Glasgow, a lifelong music and vinyl enthusiast who lives in the west end of Glasgow with his wife Julia, son Levon and dog Bennett. He has a full time job and a very understanding family. 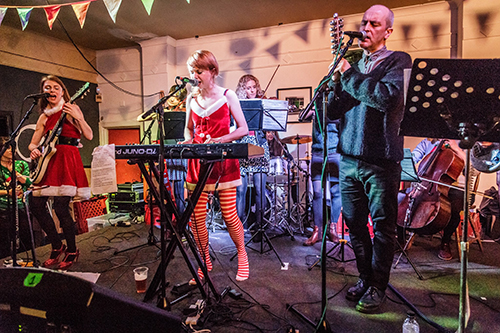 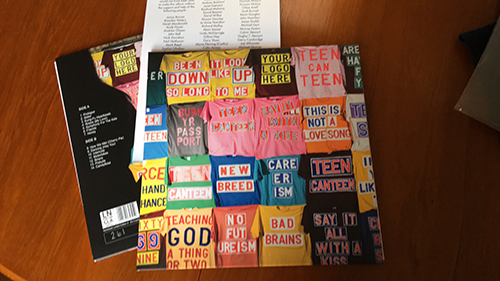 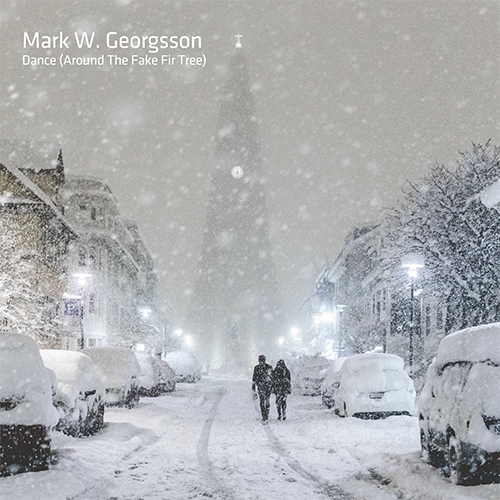 One of our member labels, Last Night From Glasgow, are here to tell us a bit more about what they do and how they do it differently.

Ian Smith is a founding director of Last Night From Glasgow, a lifelong music and vinyl enthusiast who lives in the west end of Glasgow with his wife Julia, son Levon and dog Bennett. He has a full time job and a very understanding family.

Staring out at a sea of 300 people, dressed in Santa hats and tinsel, singing along to Eugene Kelly and TeenCanteen covering Fairy Tale of New York, might not have been what I had envisaged 9 months earlier when myself and five friends founded Last Night From Glasgow, but that’s where I found myself on the 9th December 2016 at the finale of our Christmas Effect concert at Mono in Glasgow. The event featured 13 acts, all covering their two favourite Christmas songs with all proceeds going to charity.

Looking back on a year ago, that probably wasn’t the strangest thing about the night. Upon reflection it’s considerably stranger to think that on the bill we had Mark. W. Georgsson, Emme Woods, BooHooHoo, TeenCanteen, Annie Booth and Sister John all artists who had or would release records with our label and all performing to a packed Glasgow venue, all having been “unsigned” less than a year earlier.

We set up LNFG with a fundamental objective – to ensure that talent was unearthed and rewarded. We all committed to work for nothing and we committed to operate the company on a Non Profit basis but that wasn’t going to be enough to really make a difference to artists, we needed more.

Having been involved in a few pledge campaigns and being of solid socialist standing, we firmly believed that we could build a model that would massively assist artists whilst delivering huge value and enjoyment to the music-buying public. We took the bold decision in March 2016 to launch the label on a patronage model. We would ask a mere 60 friends and associates to donate £50 and we would use their funds along with our investment to release 2 vinyl LPs and 2 vinyl singles, arrange 3 or 4 events and generally attempt to be good eggs all round. In return those members of the label would each receive a copy of every release and we would sell/promote the remainder on behalf of our artists.

By the time the label actually launched on 02/06/16 at The Old Hairdressers in Glasgow, we had already attracted 100 members and “signed” 3 artists (Mark, Emme and Stephen Solo) with a 4th (TeenCanteen) ready to be revealed. We had released Mark’s debut single and Stephen’s debut album and by September 2016 we would have already fulfilled our obligation to members by releasing “Say It All With A Kiss” by TeenCanteen – an album which sold out on pre-order and now changes hands on eBay for significant sums of money. We didn’t stop there though – October saw the release of Be Charlotte “Machines That Breathe” and in November we slapped “Debuthoohoo” from BooHooHoo on people’s wrists, (released on a USB slapband). Sister John’s Christmas single (with build-your-own Christmas card) followed in December before Mark’s vinyl LP in the January. By the time we concluded our first year we had 165 members and had released 3 albums, 4 singles and 1 EP.

2017 has been a roller coaster of a year. We released and sold out TeenCanteen’s Sirens EP on Record Store Day, distributed albums and arranged sold out shows for Medicine Men, Radiophonic Tuckshop, Stephen Solo, Sister John, Annie Booth and Sun Rose. We have taken acts throughout the country, had an artist long-listed for The SAY Award and garnered massive critical acclaim for our output, whilst drawing huge admiration for the way we finance and manage our label. We have just begun our recruitment drive for 2018 – a year in which we have already committed to release 6 Vinyl LP’s (including debuts from Zoe Bestel, The Gracious Losers, L Space and the first album in over a decade from Bis)– as of today we boast 240 registered members.

So how does it work? Well it’s all very simple really – as a member you choose your level of investment £50 will get you everything we release in a year and free attendance to every album launch event we organise, whilst- at the top of the tree - £90 gets you the same plus a test pressing of every album we release. We take that money and we spend it on manufacture, distribution, promotion, press and launch costs. Every penny garnered from record sales and ticket sales is returned to the artists, with no debt assigned against it. We provide worldwide digital distribution with all proceeds from digital sales being returned to the artists also. We do all of this without demanding a portion of publishing, a cut of earnings or a contract. All artists are “signed” on a handshake and work on a basis of trust with us, for as long as they deem appropriate.

We are here simply to advance their opportunities and deliver them a springboard platform onto bigger things, if that’s what they want. Our plans and ambitions are huge and we would welcome help and assistance from anywhere and everywhere. We are blessed already that people such as Brian Sweeney have thrown their support behind the label, Brian has been responsible for 3 album covers and 4 videos so far. You can see Brian’s tremendous underwater video for Emme’s debut single here. We have tremendous graphic designers and advisors all ready to jump when we need a hand. But the most remarkable thing is the energy and support delivered by our members. All have access to a label forum, along with the artists, where they can help out, share experiences and generally get to know the inner workings. It’s a true workers cooperative and is much much greater than the sum of its parts.