Is Grime set to clean up as it shifts to the mainstream? 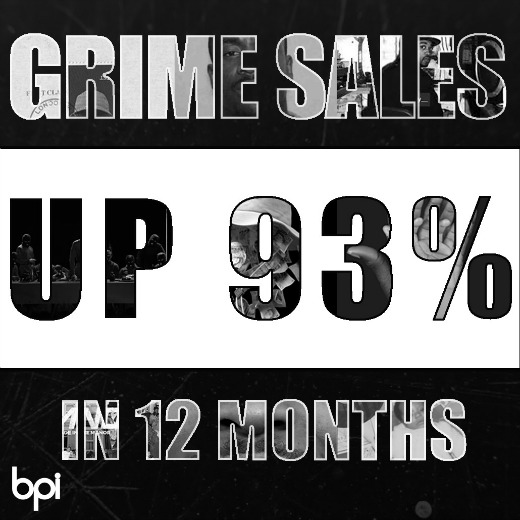 Grime is a uniquely British phenomenon which has exerted a powerful underground influence for more than a decade but is now also making a real impact in the charts and on the mainstream of British music. It’s not only helping to shape domestic consumption and trends, it is becoming a flag-bearer for Britain’s global reputation as a hub of musical innovation. 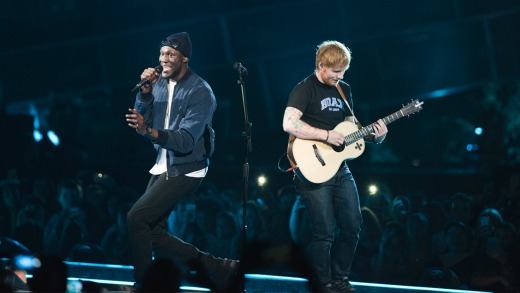 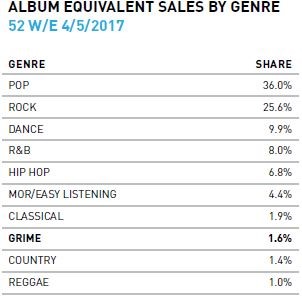 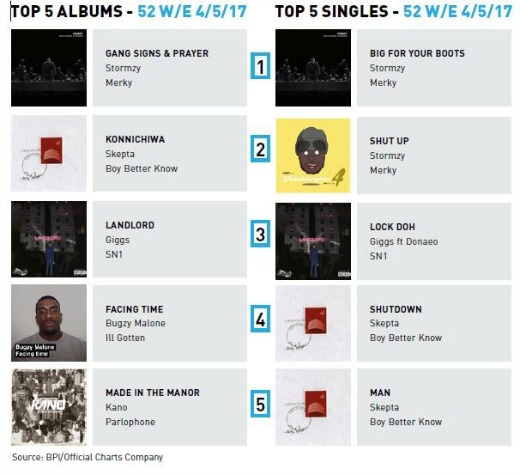 Grime is a uniquely British phenomenon which has exerted a powerful underground influence for more than a decade but is now also making a real impact in the charts and on the mainstream of British music. It’s not only helping to shape domestic consumption and trends, it is becoming a flag-bearer for Britain’s global reputation as a hub of musical innovation.

A new analysis by labels’ body the BPI produced in association with Disrupt Media and the Official Charts Company, which seeks to evaluate the position of grime within British music, points to the urban music genre’s growing commercial impact.

A string of artist breakthroughs have helped bring grime to the fore. While its origins can arguably be traced to the turn of the millennium and artists such as Dizzee Rascal and Wiley, the awarding of the 2016 Mercury Prize to Skepta’s Konnichiwa marked a new breakthrough for grime as a commercial and critical force. This was reinforced by Skepta's acclaimed performance of Shutdown at the 2017 BRIT Awards and by the Boy Better Know star picking up Best Songwriter and Best Contemporary Song at the 2017 Ivor Novello Awards.

Stormzy too has enjoyed a remarkable run, scoring the first pure grime No.1 album on the Official Albums Chart in March, with his Gold-certified debut Gang Signs & Prayer, and a memorable guest performance on Ed Sheeran’s Shape of You at the BRITs among its highlights. Other artists to achieve top 10 albums since 2016 include Kano, Krept & Konan, Giggs, Bugzy Malone and Wiley among others.

Grime may have its roots in London, but it is now part of the successful wave of British music that is connecting with fans around the world and promoting Brand Britain. Collaborations with a host of international stars, including Kanye West, Pharrell Williams and Drake are helping to spread its appeal.

The BPI analysis finds that when grime tracks and albums released in the UK between May 2016 and 2017 are converted into the industry standard Album Equivalent Sales (AES) metric (combining streaming with singles and album purchases to produce an overall consumption figure2), grime strongly outperformed the overall recorded music market. During this 12-month period grime’s 2 million-plus AES total represented a remarkable 93 per cent rise in consumption – compared to an increase of 6 per cent for the market overall.

Geoff Taylor, Chief Executive BPI & BRIT Awards, said: “Grime is a uniquely British phenomenon which has exerted a powerful underground influence for more than a decade but is now also making a real impact in the charts and on the mainstream of British music. It’s not only helping to shape domestic consumption and trends, it is becoming a flag-bearer for Britain’s global reputation as a hub of musical innovation.”

Matt Thorne, Co-Founder Disrupt Media & Rated Awards, said: “From the dark times of file-sharing to the days of iTunes, where artists were striving to break a pirate mentality from fans, streaming has opened up grime's core fandom and allowed for exponential growth of the genre to transcend culture far and wide.”

The strength of grime chart releases

A key factor has been the strength of grime releases in recent months. Alongside Skepta’s success, Stormzy’s hugely-anticipated debut Gang Signs & Prayer went straight to No.1 in the Official Albums Chart in February 2017, while Kano saw his Made In The Manor album make the top 10 in March. Since the start of 2016 there have been top 10 placings achieved by artists such as Krept & Konan, Giggs, Bugzy Malone and Wiley among others, while JME’s Integrity also made a notable impact, going on to achieve a Silver album certification.

Grime does well across all album formats, including physical and downloads

Within the market total, physical sales (on CD and vinyl) for grime albums more than doubled, rising by over 100 per cent in contrast to an 8 per cent decline in the overall physical market.

Sales of CDs during this period were boosted by Stormzy’s Gang Signs & Prayer which, when combined with purchases of Skepta’s Konnichiwa, accounted for well over 60,000 units of the format. It is worth noting that grime is also bucking the trend for downloads of digital albums – while there was a 27 per cent drop in the overall number of albums downloaded between May 2016 – 2017, grime went the other way with a 51 per cent rise. In fact for a number of titles (Stormzy, Skepta, Giggs, Nines and Wiley) download outsold physical, and for some (Bugzy Malone, Dave and AJ Tracey) there was no physical release at all.

At a single track level, however, grime fans are turning from downloads to streaming. Downloads of songs tagged as grime fell at a faster rate (-27%) than in the wider market (-24%), yet plays of grime-related tracks grew by 138 per cent on streaming services (compared to 61% for overall tracks). Playlists such as Grime Shutdown on Spotify and Deezer’s dedicated grime channel are proving a highly popular gateway for new fans. Twelve tracks were played over 10m times in the 12-month period, including over 32m streams for Stormzy’s top 10 Big For Your Boots and over 20m plays for his Shut Up and Giggs ft Donaeo’s Lock Doh.

Scaling these sales and streaming figures up, the BPI estimates that physical and digital sales of albums that could be classed as grime totalled almost 410,000 in the 12 months ending 4th May 2017.

There were additionally over 1.3m track downloads and close to 1.5bn track plays on streaming services such as Spotify, Apple Music and Deezer, this latter total equating to almost 3 per cent of all streams in the period under review. Album streams rose by 235 per cent, with Gang Signs & Prayer narrowly edging Konnichiwa in this period. Grime outperformed the market on this measure – overall album streams rose by 30 per cent – and in the week that Stormzy's debut went to No.1, streaming accounted for nearly a third of its chart-eligible sales, the highest percentage for a number one album since Drake's Views.

So where does this place grime within the overall market? Because it doesn’t have the decades of history behind it that rock and pop does its impact on the long tail is more limited, but its share of all Album Equivalent Sales (AES) nearly doubled from 0.9 per cent to 1.6 per cent between May 2016 and 2017. This is equivalent to just over 2m albums consumed.

From a relatively standing start in commercial terms, and based on its recent growth and the genre classification used, grime now enjoys a healthy 1.6 per share of music consumption when compared to other genres. For sales and streams for the period under review grime came in just behind classical (1.9%) but slightly ahead of country (1.4%), reggae (1%) and folk (0.8%). The difficulty in attributing precise genre definitions to artists and their music should, however, be noted, and in the case of grime allowance should be made for a possible overlap with other urban genres, such as hip hop. This data should therefore be taken as being indicative only.