L25 Group provide finance solutions in the music industry to include debt and/or equity and have access to the leading banks, private investment funds, PE companies, UHNWI's and family offices around the world. 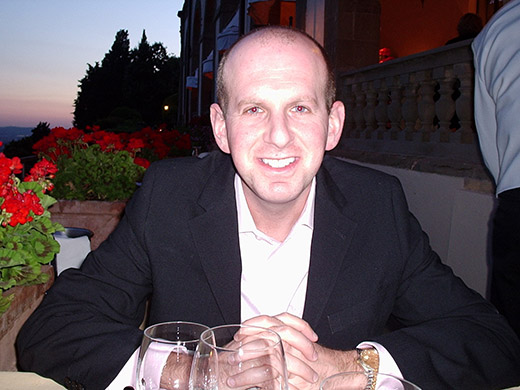 L25 Group provide finance solutions in the music industry to include debt and/or equity and have access to the leading banks, private investment funds, PE companies, UHNWI's and family offices around the world.

This business has suffered a long period of decline in terms of sales but I'm hugely optimistic about where we are headed right now.

You have the biggest technology companies in the world involved in music. Apple, Amazon, Google – yes, there’s the whole safe-harbour issue, but that will get resolved in time – and now Facebook coming in.

That’s four of the biggest companies in the world, all with serious investments into music – and legitimately reporting income from hundreds of territories.

It’s a big change from the days when I worked with the Smashing Pumpkins. Every six months we’d pore over the royalty statements, which would show us selling albums in a maximum 35 to 40 territories around the world.

We ‘sold’ 25 million ‘Mellon Collie and the Infinite Sadness’ albums. The truth was we sold probably double that, but in India, China and other countries, the sales were through pirated versions being sold on thousands of market stalls.

That’s why I talk about a Golden Age now: streaming has effectively legitimised the global industry in the eyes of the investment community.

We all knock Guy Hands’ ownership of EMI, but he was very prescient. He was ahead of the curve by a few years. He had the right idea about institutional investors coming in to the music industry. He just got the execution and the timing wrong.

After 20 years managing music acts and building entertainment brands – from travelling the world  with the Smashing Pumpkins and helping Elton John with his own management company, to meeting a bunch of kids climbing walls in the Paris banlieues, and going on to market that concept worldwide as parkour , via a chance meeting with the Producer of James Bond "Casino Royale".

As I started working with this investment fund two years ago, we started by lending to individual artists who wanted loans, and over time the scale of the deals has gone up significantly. Publishing is the most visible area at the moment, and the multiples are going through the roof, especially for A-list catalogues. However, the live side is catching up and masters will shoot up in time.

Forward-income streams have become the holy grail, and publishing, and of course masters, offer you that. We can introduce parties in to these deals in the hundreds of millions of pounds, structured as a mix of debt and/or equity.

We’ve also introduced rights owners to debt financing. If someone owns masters, we can arrange to introduce them to a party that will make a balloon payment securitised against the future income stream of those masters. We can also arrange personal loans as well.

If you look at the recent Paul McCartney case, that’s a reminder that more songwriters and artists – or their estates – are going to be looking for rights to revert to them in the next 12 to 18 months. We can offer solutions directly to those people too.

The industry has finally turned a corner with streaming revenues now growing the overall pie but artists, labels and publishers need to ensure they're looking after the online presence of their artists and writers which is one of the reasons we have teamed up with Music Ally.

Together, I think we can really help the industry benefit from this new Golden Age.

The views expressed in this blog are those the individual author and not necessarily those of the BPI.