Ed Sheeran set to headline a special show at Indigo at the O2 on 19 February ahead of the Awards.

Ticket prize draw opens and tickets go on sale at 9.00am on Friday 26 January at www.britsweekwarchild.co.uk. 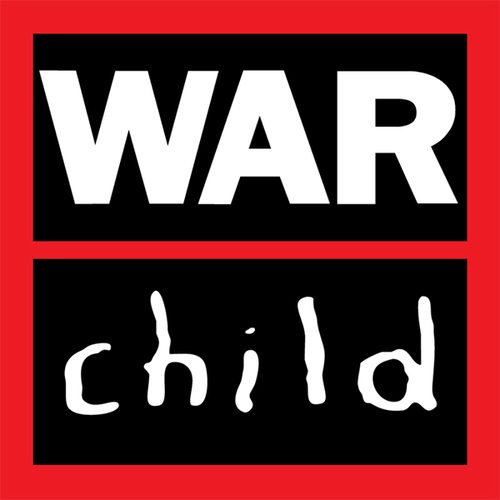 "Ed’s performance completes an unbelievable 2018 line up, and it is set to be a highlight of BRITs Week 2018." - Liana Mellotte, Head of Music, Entertainment & Development at War Child

Ed Sheeran set to headline a special show at Indigo at the O2 on 19 February ahead of the Awards.

Ticket prize draw opens and tickets go on sale at 9.00am on Friday 26 January at www.britsweekwarchild.co.uk.

GRAMMY and BRIT Award Winner, Ed Sheeran, has today announced a headline show at Indigo at The O2 on 19 February. The very special performance has been added as part of this year’s War Child BRITs Week together with O2 line up. The series of gigs that give fans the opportunity to see the biggest names in music in intimate venues across London, simultaneously raising money for children whose lives have been torn apart by war.

Dominating the charts across the globe during 2017, global superstar Ed Sheeran released his 12 million-selling, third studio album ‘÷’ (pronounced “divide) last March. Becoming the fastest-selling album by a male artist, ever, in the UK, Ed has been nominated for 4 x BRIT Awards this year: British Male Solo Artist, British Single, Mastercard British Album of the Year and Britsh Artist Video of the Year. With a UK stadium tour taking place throughout May/June 2018, which will include 4 x nights at London’s Wembley Stadium, his one-off set at the Indigo O2 will prove to be a truly intimate gig.

Last week details of this year’s line up for BRITs Week with War Child together with O2 was announced. Produced by War Child, AEG and the BPI, artists will perform across London, with a special one-off show in Manchester. All gigs will take place between 12th and 24th February in the lead up to the BRIT Awards to celebrate another phenomenal year for British music. Jessie Ware, Rag ‘n’ Bone Man plus special guest Samm Henshaw, Laura Marling, The Vamps, alt-J, The Amazons, Deaf Havana, Kygo, Wolf Alice and Nathaniel Rateliff & The Night Sweats will all be playing in various London venues. See below for full line up.

“Every year at War Child, we dream about curating the perfect BRITs Week line up so all our donors, fans and partners have an amazing experience. The day that Ed Sheeran agreed to play this show our dreams came true.

Ed’s performance completes an unbelievable 2018 line up, and it is set to be a highlight of BRITs Week 2018.

It’s fantastic to be marking our 25th year by working with acts of this calibre. We want to say a huge thank you to Ed, and to all the artists dedicating their time and talent to help children whose lives have been torn apart by conflict. It means the world to us.”

In 2017 War Child raised a phenomenal £567,000 by staging spectacular shows together with O2 as part of BRITs Week. Thousands of people applied for tickets to see artists including Craig David, Tinie Tempah, Richard Hawley and Paul Weller. The money helps fund War Child’s vital work delivering solutions protecting and educating children in some of the world’s worst conflict areas, such as Afghanistan, Jordan, Iraq, Central African Republic, the Democratic Republic of Congo and Yemen.

The prize draw for entry opens at 9:00am on Friday 26 January and closes on Monday 12 February. To enter the prize draw to win tickets to see the artist of their choice music fans can make a £5 donation at www.britsweekwarchild.co.uk. To maximise the chance of winning, fans can enter as many times as they like. There will also be a limited number of tickets for sale from the same date.

Please note the strict restrictions in place regarding the resale of tickets. All ticket terms and conditions are available to read on www.britsweekwarchild.co.uk  and www.axs.com.

"Ed’s performance completes an unbelievable 2018 line up, and it is set to be a highlight of BRITs Week 2018." - Liana Mellotte, Head of Music, Entertainment & Development at War Child