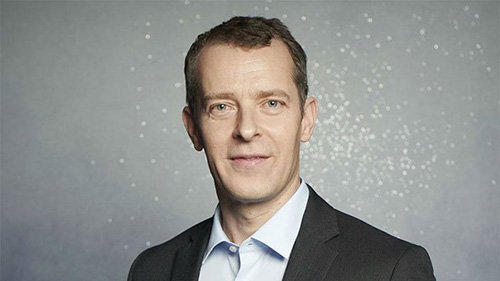 ""This Industrial Strategy deal demonstrates that Government is now taking a strategic approach towards the creative industries as a key driver of economic growth. There will be opportunities for the music sector in new funding for VR/AR content, the creative careers programme, the Cultural Development Fund and improved access to finance."
Geoff Taylor, CEO of BPI & BRIT Awards

"This Industrial Strategy deal demonstrates that Government is now taking a strategic approach towards the creative industries as a key driver of economic growth. There will be opportunities for the music sector in new funding for VR/AR content, the creative careers programme, the Cultural Development Fund and improved access to finance. But the key new elements for music are the commitment to resolve the Value Gap and to require online intermediaries to play a more active role in tackling copyright infringement, through the establishment of new roundtables leading to anti-piracy Codes of Practice for social media platforms, online advertising networks and online marketplaces.  It is also good news that Government has pledged £2m in additional funding for the Get it Right campaign, to encourage consumers to use genuine sites to discover and access content."

“Government has understood that all creative businesses can grow faster if they can generate a better return from the investments they make in creating new IP."

BRITAIN’s world-leading creative industries are set to consolidate the country’s position as a global creative powerhouse, following a groundbreaking new Industrial Strategy deal agreed between Government and the Creative Industries Council (CIC) on behalf of the sector.

As part of a Creative Industries Sector Deal, to be announced today by the Digital and Culture Secretary Matt Hancock, Business Secretary Greg Clark and Co-Chair of the CIC, Nicola Mendelsohn, more than £150 million is being jointly invested by Government and industry to help cultural and creative businesses across Britain thrive.

A Cultural Development Fund will also be launched for cities and towns to bid for a share of £20 million to invest in creative and cultural initiatives. The power of culture and creative industries to boost economic growth is evident across the country. In Hull nearly 800 jobs have been created and almost £220 million invested in Hull's tourism and cultural sectors since the city was named UK City of Culture 2017. And in Bristol creative hubs like the Bristol Temple Quarter are delivering thousands of jobs in design, media and music businesses.

The Sector Deal aims to double Britain’s share of the global creative immersive content market by 2025, which is expected to be worth over £30 billion by 2025. To seize on the opportunity of this expanding market, government is investing over £33 million in immersive technologies such as virtual reality video games, interactive art shows and augmented reality experiences in tourism.

Britain is already leading the way in developing immersive technologies. PWC have predicted that the UK’s virtual reality industry will grow at a faster rate than any other entertainment and media industry between 2016-2021, reaching £801 million in value, and that by 2021 there will be 16 million virtual reality headsets in use in the UK.

Improving the nations skills is at the heart of the Government’s modern Industrial Strategy and to ensure the industry has the skilled workers it needs to deliver this, up to £2 million will be made available to kickstart an industry-led skills package, including a creative careers programme which will reach at least 2,000 schools and 600,000 pupils in two years. A new London Screen Academy, with places for up to 1000 students, will also open in 2019.

“Britain’s creative industries are an economic and cultural powerhouse and this ambitious deal will make sure they continue to thrive as we build a Britain fit for the future.

“Our creative industries will help develop the talent of the future, ensure people are rightly rewarded for their creative content and give our firms the support they need to compete on the global stage.  Millions of people around the world enjoy our world-class artistic and cultural output and we want Britain to stay a frontrunner in these vibrant sectors.”

"The Industrial Strategy is all about building on our existing strengths and seizing the opportunities of the future. Our creative industries have been, for centuries, world renowned and at the forefront of innovation. That’s why I was determined to place the Creative Industries at the heart of our Industrial Strategy.

“To boost this innovation, we put the creative industries at the heart of our ambitious Industrial Strategy and this joint deal is a landmark moment for our relationship with this world-leading sector. By working together with universities and industry, and by investing £150 million, we will unlock growth across the UK.

"The Deal is evidence of our continued commitment to our world leading creative sector, establishing a partnership that can build on the UK’s position and reputation as one the most creative places on earth.”

Investment in Virtual and Augmented Reality

Creative businesses are constantly innovating, matching creativity with technology to develop exciting new products and new ways to engage growing audiences. To seize on the opportunity of this expanding market, immersive technologies such as virtual reality video games, interactive art shows and augmented reality experiences in tourism, will receive over £33 million of government funding.

Exceptional growth is forecast for the virtual reality and video game sectors in the next five years with UK consumer spending on video games set to reach £5 billion by 2021.

Government will also support the highly successful UK Games Fund with an additional £1.5 million over the next two years so that it can further boost young entrepreneurs and new product creation in the trailblazing games sector.

The UK’s video games industry is already established as the largest in Europe and the fifth largest globally, and this investment will drive growth further.

Film studios across the country are increasing their capacity to keep up with demand for production space, including multi-million pound expansions at Pinewood and Warner Bros. Studios Leavesden, as well as significant new projects such as Pacifica Ventures’ £100 million investment in Barking and Dagenham and Liverpool’s Littlewoods Studios.

Over the last five years inward investment in Britain's film and high-end TV industries has grown by more than 100 per cent to over £2 billion production expenditure a year, and with the right conditions that annual figure could double again by 2025.

The Sector Deal demonstrates business confidence and investment opportunities in the sector, is at an all-time high. Britain’s creative industries are worth £92 billion, employ two million people and are growing twice as fast as the rest of the economy. The sector includes music, fashion, design, arts, architecture, publishing, advertising, video games and crafts.

The deal contributes to the Industrial Strategy’s vision of good jobs, greater earning power for all, and prosperous communities across Britain. It aims to unlock future growth across Britain, create jobs and develop the cutting-edge technology of the future. The creative industries already export substantially more than their share of the economy and growth at home will also help power the sector to make further strides abroad.

“This breakthrough deal represents a huge vote of confidence in our creative industries to continue to deliver the world class economic performance and workforce that the UK needs. We look forward to working together with Government to realise its full benefits and the potential of the creative industries in all parts of the UK.”

“Incredible crews, fantastic facilities and the Government's direct and continuing support for the creative industries – through organisations such as the BFI, and now the sector’s formal inclusion in the industrial strategy – are crucial to a thriving production industry in the UK.

“Warner Bros’ experience in the UK has been such a positive one, from developing state of the art facilities and helping train the next generation of creative talent, to the entire business of producing our films here. We have been investing in the UK for many years because for us this country is, alongside Hollywood, the best place in the world to make movies.”

"The Creative Industries Sector Deal is a welcome first step, highlighting the significant contribution our sector makes to UK innovation, productivity, and growth. But government's commitments cannot end here. We look forward to continued commitment in supporting the next generation of creatives which will ensure our creative industries remain world-leading. To this end, the Federation will be leading on a Creative Careers Campaign to showcase the richness and diversity of creative careers to young people, teachers, parents and carers across the UK. We look forward to working with government to equip the next generation for future work."

""This Industrial Strategy deal demonstrates that Government is now taking a strategic approach towards the creative industries as a key driver of economic growth. There will be opportunities for the music sector in new funding for VR/AR content, the creative careers programme, the Cultural Development Fund and improved access to finance."
Geoff Taylor, CEO of BPI & BRIT Awards